To share your memory on the wall of Norma Kearney, sign in using one of the following options:

Provide comfort for the family by sending flowers or planting a tree in memory of Norma Kearney.

Provide comfort for the family of Norma Kearney with a meaningful gesture of sympathy.

Receive notifications about information and event scheduling for Norma 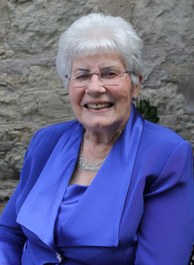 Donations are being accepted for:
BETHELL HOSPICE FOUNDATION The Princess Margaret Cancer Foundation

We encourage you to share any memorable photos or stories about Norma. All tributes placed on and purchased through this memorial website will remain on in perpetuity for generations.

Beautiful Celebration and Tribute to an amazing Woman, Wife, Mother, Aunt, Grandmother and friend. Forever in our hearts and we loved her very much. So glad that we now have another sweet Angel watching over all the families. xxoooo It was an honor to know her and be inspired by her the way she cared for her family and loved ones. A tremendous role model and I will try to be half the mother and grandmother she was. Love and Peace.
Comment | Share Posted Oct 29, 2020 at 08:05pm via Condolence
MO

Norma has been a wonderful friend, mentor and colleague to me for over 40 years. I will love and miss her always and feel so grateful for so many happy memories. She was a model of kindness, wisdom, and generosity with an open mind and a somewhat wicked sense of humour when the occasion called for it. My condolences to Sue and all the Kearney family. She was a 'good one', as Bruce Stewart would say.
Comment | Share Posted Oct 29, 2020 at 06:45pm via Condolence
MK

You will be missed by myself and my family 👪 You were like a mom to me growing up Love you now and always ❤ Love Michelle and family
Comment | Share Posted Oct 29, 2020 at 03:32pm via Condolence
LC

We thought the world of your Mom. Mrs. K. was always very welcoming, warm and very kind. One of the rare souls who gave one her entire attention to whomever had the pleasure of speaking with her.
Sending you all our deepest condolences on your loss. Your Mom was one of a kind and incredibly special .
With our love, Lesley and Ian and families. xo
Comment | Share Posted Oct 28, 2020 at 10:41pm via Condolence
MQ

Sincere condolences to the entire Kearney family. As a remaining member of the original "Co-op" of Wildfield, I cannot speak highly enough of the love and admiration that we all felt for Bob and Norma. They were indeed an exemplary couple, and our memories remain of golden days past in their good company.
Comment | Share Posted Oct 28, 2020 at 03:56pm via Condolence