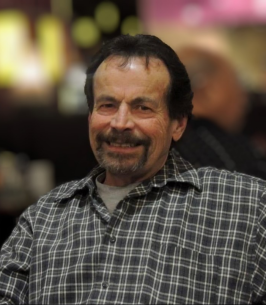 Burrell, Douglas Edward-“Milkman”
Peacefully on Wednesday, June 15th, 2022 in his 69th year, Doug passed away at his home in Caledon, with family by his side. Doug was born January 21st, 1953 in Brampton, ON to Bernice (nee Howstrawser) and William Burrell. He was the third of five children, Pamela, Jocelyn (Doug), Fred (Lea) and Laura (Deb) and will be dearly missed by his niece and nephews; Michael, Leah, Greg (Melanie) and James (Tracy). Doug will be fondly remembered by longtime family friend Devon Andrew. For 30+ years, Doug drove a milk truck for Dairyland Transport and recently retired in the spring of 2017. He made many friends while driving the milk truck, traveling to different dairy farms and became well known as “Milkman”.
Doug is survived by his three daughters; Rachel (Alex), Lindsey and Kathryn (Jason). He will be especially missed by his five grandchildren; Lochlynn, Landon, Averie, Ariel and Maxen. He loved to see them running around his yard or help build and create new things in the shop.
Doug was well known for his willingness to help anyone around him that needed it, as well as his witty sense of humour. His family and friends will forever feel this loss. He was predeceased in death by his father, William, his brother, Fred and his son, Jonathan.
We would like to extend a big thank you to Doug’s healthcare team for their kindness and compassion over the last few years. A special thank you to Dr. Mario Valdes, Dr. Brian Wilson (ret.) and Dr. Cathryn Candusso.

A tree will be planted in memory of Douglas in the Dods & McNair Memorial Forest at the Island Lake Conservation Area, Orangeville. 20th Annual Dedication Service will be held on Sunday, September 11, 2022 at 2:00 p.m. Condolences may be offered to the family at www.dodsandmcnair.com